We are looking at all the ways APIs are being defiant…with food. Chefs, vendors, and consumers—they are being the change they want in the way we eat, source, and pay for food. They are even using food as a way to change our perception of other cultures. 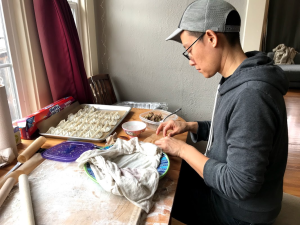 First in this show, we hear from our two guests: Ang Hadwin of FaFa Dumplings, a former food justice advocate who now makes gluten-free dumplings. She is scheming on ways to involve Oakland Chinatown youth in her business. 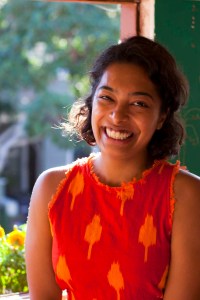 Ang will be in conversation with queer food photographer and founder of Diaspora Co., Sana Javeri Kadri. Diaspora Co., is a spice collective dedicated to sustainable agriculture, equity, and decolonization within spice trade.

Both will let us know their thoughts on the rise of craft foods and how it can invest in the cultures and communities it borrows from.

Later, you’ll hear stories from Japanese American incarceration from an event hosted by Oakland political educators People’s Kitchen Collective. Some memories are clearly defiant acts of cooking and eating together, and others show trauma, pain, and resilience felt long after incarceration. 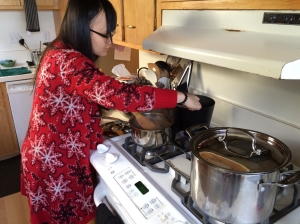 Khanh Hoa Nguyen, editor of From Mothers to Mothers: A Collection of Traditional Asian Postpartum Recipes

Tonight’s theme is holistic healing. How do different forms of healing—traditional, cultural or borrowed—serve us? What challenges do they face in a Western world?

Community Calendar
Next Thursday, Housing Now! is hosting a statewide day of action to stop speculation and displacement. A two-part action takes place in San Francisco at the McDonald’s on 235 Front St. Meet there next Thursday at 4 p.m. for protest and again at 5:30 p.m. for community education and organizing. 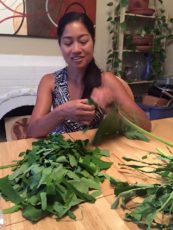 Sticking with our food theme, we hear from food writer for the East Bay Express, Luke Tsai. He wrote the cover story, “Cooking Other People’s Food” and we tease out the problems that can result when fine dining chefs try their hand at cuisines outside their culture.

Peppered throughout the show, we’ll hear from some of the musicians performing in Kearny Street Workshop’s APAture Music Showcase on Saturday night. Stay tuned because we have a ticket giveaway!

On Tuesday, October 4, join the San Francisco launch of Hotspot, Cool Country—Biodiversity in the Philippines, a new book for all ages by Almira Astudillo Gilles, published by Anvil Books.

In honor of Filipino Heritage Month, we celebrate the new crop of leaders who are bringing fresh approaches to community problems, with grassroots and inclusive strategies. Join us for our show on “Filipino Innovators.”

Through the lens of radical health, we will be speaking with Sustainable Foods Educator and Eco-Chef Aileen Suzara whose research at U.C. Berkeley and interactive “Sariwa” workshops are focused on tackling food related disease in the Filipino Community through the exploration of precolonial diets.

Through the lens of radical parenting, we’ll be speaking with the parents and students of Sama Sama Co-op, a newly launched and member led summer program that explores Filipino culture, traditions, arts, ecology and language immersion.


Music lovers and arts supporters, you can do both at once by going to Kearny Street Workshop’s Hardcore Punk Benefit this Saturday at 8 p.m. at Submission in San Francisco’s Mission District, just a few blocks from BART. Local bands singing in English and Tagalog rock the stage for the nation’s oldest multidisciplinary API arts organization. More details are available at kearnystreet.org

Join Hyphen in celebrating the release of our R/Evolution issue, where we push the boundaries of conversations surrounding identity, solidarity, history and community. Come engage with social justice leaders and advocates at an event full of pride and passion. Don’t miss this chance to celebrate the new R/Evolution with your community! Buy your tickets and the R/Evolution issue at
www.hyphenrevolution.eventbrite.com

The premiere annual South Asian film festival in the U.S, the San Francisco International South Asian Film Festival (SFISAFF) has brought the cinematic heritage and culture of South Asia to Bay Area audiences for more than a decade. Presented by 3rd i Films, the oldest South Asian media arts organization in the U.S., the festival promotes diverse images of South Asians and catalyzes change through independent film. http://www.thirdi.org/

8/29/13: Bumabalik: Reporting from the Philippines

On this installment of APEX Express:

APEX contributor R.J. Lozada is back from the Philippines!

Contributor R.J. Lozada amidst a crowd at the SONA ng Bayan (People’s SONA, or State of the Nation Address). Photo Courtesy of A. Beltran 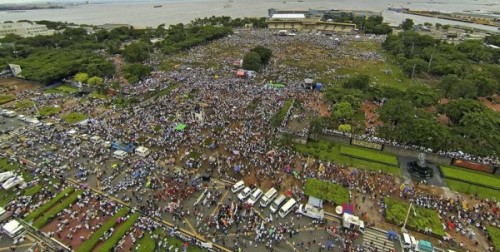 Monday, August 26 drew nearly 100,000 Filipinos in peaceful protest against political corruption and pork barrel politics. R.J. brings us an interview with author Laurel Fantauzzo who participated in the peaceful rally.

Farmers and organizers from Hacienda Luisita protest the distribution of lands in front the House of Representatives in Manila. Photo courtesy of R.J. Lozada

Land is life. When Spain forcefully took and claimed land from the Philippines in 1521 they created a sociopolitical climate that would birth long-standing systems of oppression, manifesting in everything from political infrastructure to psychology to cuisine. Among the remnants and ghosts of colonization is Hacienda Luisita. The farmlands that belong to natives long before the Spanish were taken, and ended up in the hands of the family of the current President Benigno Aquino III, since the late 1950s. R.J. spent some time with farmers of Hacienda Luisita to learn what agrarian reform can really look like.

Flordia Sibayan, or “Pong,” is the chair of AMBALA, the farmworkers union at Hacienda Luisita. She and about 50 farmers and organizers camped out in front of the offices Department of Agricultural Reform. They’re protesting the lottery system, and other divide and conquer tactics to disrupt the movement for genuine agrarian reform. Photo courtesy of R.J. Lozada.

Sita Bhaumik in her kitchen.

At this year’s Empowering Women of Color Conference at UC Berkeley, Kearny Street Workshop organized a workshop with Sita Kuratomi Bhaumik that provided examples and resources for combining your love of food and commitment to activism. Tonight’s show features three people who are feeding the masses:

To start things off we talk with Francis Wong, co-founder of Asian Improv aRts which is celebrating its 25th anniversary.

Want a taste of the tasty goodness Elizabeth Sy produces? Throw down $10 and get some homemade goodies while helping the Visibility Project–a national portrait and video project dedicated to  collecting the stories of Queer Asian American Women, Trans, and Gender non-conforming communities across the country!  $10 will get you a small jar of one of the following:

Email: iheartfishsauce@gmail.com to put in your order!

Tonight was the world premiere of The River at ACT’s Costume Shop. Richard Montoya of Culture Clash collaborates with Intersection for the Arts resident theater company Campo Santo, and its co-founder Sean San José, to create this play that explores themes of identity, California and its people, and the many types of borders they encounter and cross. It runs Thurs-Sun at 8 p.m. until May 4.

On Saturday there’s Earthquake: The Chinatown Story, a series of programs at the Chinese Historical Society of America including a new exhibition, performance by Charlie Chin, and a book signing with Philip Choy.
https://www.facebook.com/events/567355709966065/

Later on Saturday, awarding winning poet, novelist, and playwright R. Zamora Linmark will be at the Bayanihan Community Center.
https://www.facebook.com/events/385708698203587/?ref=2

This week we converge three amazing local community stories into one show.  This weekend the API community has no shortage of incredible events, all to benefit local artists and organizations.  APEX contributor Ellen Choy caught interviews to highlight all three great stories:

First, we have an interview with a house-full of talent and passion from Soulciety – a community-based youth organization in Hayward. They have their annual performance this Saturday Oct 27th – Empower: Master of the Three Rings – which they describe as “where the stage, street and circus collide.”  We got a dynamic interview, including a beautiful acoustic performance, spoken word, and live beatboxing! We also have ticket giveaways!!

Also on Saturday, FACES (Filipino/American Coalition for Environmental Solidarity) and The People’s Kitchen are hosting SARIWA! – a community dinner project.  We host them live in the studio to tell us about this awesome event that will be a family-style dinner featuring live music, performance, and a multi-course meal honoring the living Filipino food traditions that connect the motherland to the diaspora. 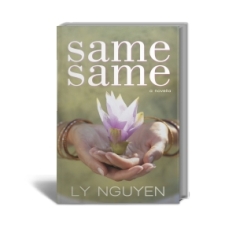 Author/writer Ly Nguyen announces the release of her novella called “Same Same” – which tells the untold story of Vietnamese nail salon workers, based on her own personal and family experience.  She tells us about the book and about her upcoming event called “Talk to Me: Personal Conversations with Local Vietnamese American Artists” happening this Sunday, Oct 28th.