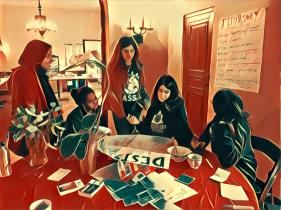 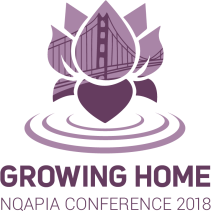 Tonight’s show is about reflections and reportbacks! Today’s show is a reportback special from two key events that took place this summer: the National Queer Asian Pacific Islander Allianceconference held in San Francisco last month, and Bay Area Solidarity Summer. We debrief about this rich forum in conversation with organizer Tracy Nguyen API Equality – Northern California, one of the local organizations that organized this edition of NQAPIA and Khudai Tanveer. To discuss their reflections on Bay Area Solidarity Summer, we have Sathvik Nair and Shreedha N. Hordagoda discuss their experiences of this South Asian youth activist camp

Download the audio by clicking here.
Spirituality is an important source of both resistance and renewal. However, Asian and Asian Americans often compartmentalize themselves when engaging in spirituality especially within religious communities in the U.S. Gender, sexuality, and cultural histories are often erased to find belonging in spiritual communities. As a result, spirituality can be hard to access for Asian and Asian Americans communities when our full selves are not involved. We will be exploring the factors that contribute to these spiritual barriers and what our communities are doing to find places of healing and resistance.

Tomorrow from 9AM-5PM, Bay Resistance will be phone banking to Defend Our Healthcare at Senior & Disability Action, 1360 Mission St. Suite 400 in San Francisco. Please RSVP on their website.

And save the date! On August 12, Network on Religion and Justice host their “Rise Up” day-long conference and community gathering focused on healing and resistance. “Like” NRJ’s facebook group to stay updated for registration for this conference.

6/22/17 Asian Americans in the Literary World 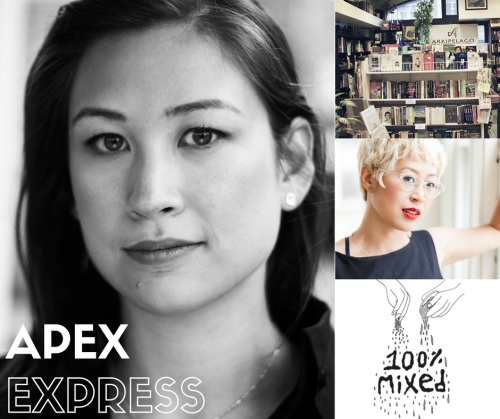 Click here to download the audio.
Tonight, we take a break from our screens and go analogue. We’re talking books, book stores, writing, and zines: Asian Americans and the literary world. We hear from Golda Sargento and Lily Prijoles, co-owners of Filipino bookstore Arkipelago; two of our favorite Bay Area novelists, Hannah Michell and Esme Weijin Wang; and Jess Wu-O, artist and the creator of Mixed Rice Zines.

Posted in Art and Culture, Sexuality 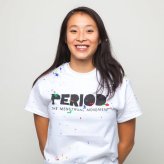 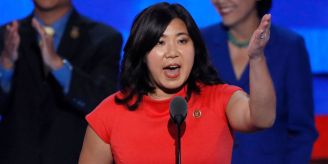 Tonight we talk about a subject that over half of the world has to deal with monthly, but is still considered taboo. Tonight we are talking periods with Asian American women. Hosts Miko Lee and Tara Djorbji talk to Amrita Saigal the founder of Saanthi Pad, eco-friendly pads for women in India.  We hear from New York Congresswoman Grace Meng on her Menstrual Equity Bill which will eliminate the tax on period supplies and provide pads to homeless and incarcerated women, and Boston-based activist Nadya Okamoto who at 16 years of age founded Period, a Menstrual Movement an organization providing period supplies to homeless women.  Learn more about the Saanthi Pads and Period, a Menstrual Movement here:

April 29 The Hidden History of the Japanese-American Community in South Berkeley. Led by Jill Shiraki

10/13/16 Labor Strikes in S. Korea, Network on Religion and Justice, and Illustoria

Members of NRJ participating in the Digital Storytelling Project

Tonight is the opening night of Bindlestiff Studio’s Stories High! This culmination of their annual page to stage workshop series features six one-act plays about bike lane politics, popping the question, and urban legends. Performed at the country’s longest running, Filipino American performing art space, you don’t want to miss these performances by, for, and about our communities. Stories High runs for three weeks, so get your tickets now.

On Sunday, the Amandla Collective at KPFA hosts 24 hours of interviews, music, features, speeches, documentaries and more, celebrating the legacy and 50th anniversary of the black panther party for self defense, it’s relevance and necessity then and now. The Amandla Collective is comprised of Black programmers and engineers at KPFA who produce African Diaspora–Black–African-American content/shows. Make sure you tune in!

Oakland’s vigil for the shooting in Orlando. Photo by Hyejin Shim.

Tonight on APEX Express, we have guest host Mia Nakano with the Visibility Project, a national portrait and video collection dedicated to the Queer Asian American Women & Trans* community. She helps us delve into a discussion with our community about life after the Pulse Orlando tragedy.  We bring you perspectives from queer, radical Asian American, South Asian, and Muslim community members including Cayden Mak from 18 Million Rising, an AAPI political advocacy and awareness organization, Poonam Kapoor and Mohammed Shaik Hussain Ali from Trikone, a Bay Area based LGBTQ South Asian group, and writer and activist Canyon Sam.

Sokeo Ros in From Refugee Camp to Project

And we welcome educator and performer Sokeo Ros into the studio. His one-man show From Refugee Camp to Project uses dance, video, and storytelling to talk about his journey from Asia to America, from housing projects to artistic projects.

Community Calendar
On Friday at 8 pm, two great books are released at once at Myns Warehouse in Oakland. Jai Arun Ravine will read from The Romance of Siam: A Pocket Guide, which is a subverted travel guide that interrogates the desire white people have to lose and reinvent themselves in Thailand. Joining Jai is Miriam Ching Yoon Louie who will read from her comedic novel, Not Contagious—Only Cancer.

As a reminder, there’s a march from the Castro to Galeria de la Raza on Saturday starting at 2:30 to honor the victims’ lives in Orlando. Meet at the intersection of Castro and Market streets. Galeria hosts speakers and performers who stand in solidarity against those who wish to harm, create fear and remove our freedoms from us. Come stand against homophobia, islamophobia and exclusion.

Earlier on Saturday, AROC in partnership with the National Lawyer’s Guild-SF and the Electronic Frontier Foundation host a community defense training. Know your rights on the street, on the web, and beyond. Protect yourself against undercover cops, informants, and cooperating witnesses. This training is from 1-4 p.m. at the Eric Quezada Center for Culture and Politics.

On Sunday at 1:30, OUT RUN a documentary by Leo Chiang and Johnny Symons will be showing at the Castro Theater. Mobilizing working-class transgender hairdressers and beauty queens, the dynamic leaders of the world’s only LGBT political party wage a historic quest to elect a trans woman to the Philippine Congress. This screening features a Q+A with the directors and film subject Raymond Alikpala.

Listen to the show from KPFA’s archives 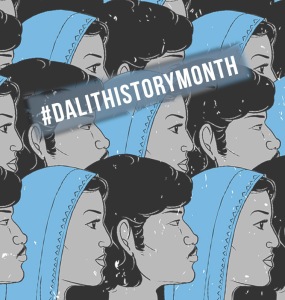 On the 125th anniversary of ‪#‎Ambedkar‬‘s birth anniversary and in celebration of ‪#‎DalitHistoryMonth‬, hear from inspiring activists Benjamin P Kaila and Sumit Baudh.  Find out about how Dalit activists have been mobilizing in the bay area and beyond, and the incomparable legend, leader and visionary that #Ambedkar was!

Tinku Ali and Outside the Frame.

Outside the Frame is an LGBT film festival, which this year provides an alternative to the bigger, more mainstream Frameline. Activists have criticized Frameline for taking money from the Israeli consulate, actively ignoring the call from Palestinians to observe BDS. Tinku explains why this issue is so important to him and why we should think about Palestine in our own quest for queer liberation.

To find out more information about Outside the Frame, you can visit their website: http://outsidetheframefest.org/