Call to Action for Ny Nourn


Greetings, my name is Danny Thongsy I am a Yuri Kochiyama Fellow at Asian Americans Advancing Justice/Asian Law Caucus. I am deeply inspired by Ny Nourn. Her strength and resilience speaks to the spirit she carried which defied so many odds and obstacles. The trajectory of her life – migration-school-prison-detention/deportation pipeline – disclosed the results of our nation’s militarism/capitalism and its failure to help immigrants and disadvantaged members within our community. Her life has raised so much awareness regarding this and domestic violence issue.

I can empathize with Ny, being a child refugee of parents who escaped war and the Khmer Rouge genocide only to resettled in an impoverished setting, and I only imagine how difficult it truly was for her and her family; in addition, to the trauma of war she and her family carried and the challenges of acculturation. Also, as a young lady she was shackled in an abusive relationship with a man who is older than she is and to escape seems detrimental. As a results of this toxic relationship  she was later accused by our failing criminal justice system for a crime her abuser committed and then she was branded with a prison number and given a life sentence.

However, regardless of her circumstance, after a decade and numerous years of being warehoused and separated from her family and her community, she persevered and attained her freedom but only to face, once again, a threat of being  separated from her family and her community through deportation. The question is: when is enough enough especially for a domestic violence survivor who served an unjust sentence for a crime her abuser committed and all she wants is to forgive him, bring healing to her community, and be reunited with her family.

Once again as she perseveres through this challenge, we at the Asian Law Caucus and other organizations and community groups are supporting her by advocating for her release. 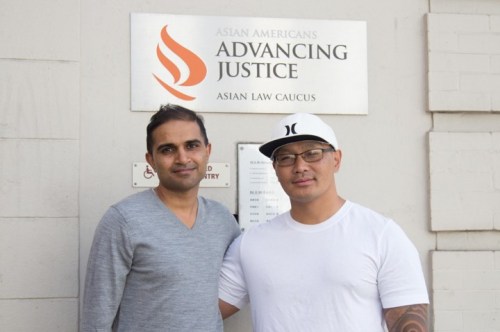 One response to “Call to Action for Ny Nourn”