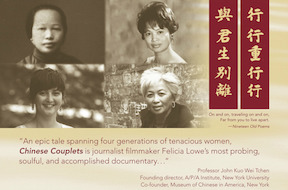 Listen to the archive file of this show

We’ll start out with Asha Kowtal—an Indian organizer that is raising the voice of Dalit women across India and around the world. Dalit, meaning broken people, are on the bottom of India’s caste system and face brutal discrimination. Asha Kowtal will be speaking at UC Berkeley on April 19. 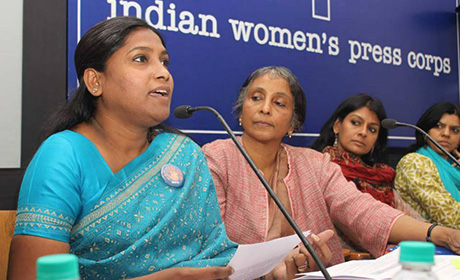 Then, we’ll be in conversation with   Shailja Patel, poet, playwright and author of Migritude, a book, which weaves together family history, colonization and love. Migritude is the portrait of a woman in the boot print of Empire. Shailja Patel will be performing at Kaya Press’ 20th anniversary party at City Lights in San Francisco on April 17th.

We’ll also be giving away a pair of tickets to hip-hop orchestra Ensemble Mik Nawooj at Yoshis Oakland. We have all this and more, catch us in the sound waves.

**NOTE: there was a technical difficulty w/ the playback of Ensemble Mik Nawook’s track ‘We Will Conquer’ during the show (it played back significantly slowed down). Watch the incredible live concert video of the song here.

This week, it’s all about music. For our last show of 2013, we’re bringing you musical treats to warm your souls this winter. We’re honoring our musical brothers and sisters, past and present, from Oakland to New York to our homelands in Asia and the Pacific Islands.

We’ll start with a full feature interview with the lead producer and composer of Ensemble Mik Nawooj.  Classically trained composer Joowan Kim tells us what inspires him to boldly blend classical music with bay area hiphop.

And we follow our feature with a full end-of-the-year musical playlist. From rapper Bambu to the Hawaiian classic Kalapana.

Over 8,000workers at the Korean Railroad corporation (KORAIL) have been suspended and their union offices raided because of their strike action against privatization which began on December 9th. This is not the first attack by the Korean government on the labor movement.

The Transport Workers Solidarity Committee TWSC has initiated the call for a labor/community delegation to go to the Korean Consulate in San Francisco and submit a statement opposing the suspension of Korea Rail Workers, the attack on their union and in support of their struggle against privatization which also threatens transit workers and public workers in the United States including the ongoing attack on BART ATU 1555, SEIU 1021, AFSCME 3993 and ATU 192 AC Transit workers.

We urge all transportation workers, public workers, all trade unionists and human rights activists to join us in the action in solidarity with our Brothers and Sisters in Korea and against the action of the Korean Railroad corporation (KORAIL) supported by the Korean government.

A portion of the proceeds will go to Typhoon Haiyan relief (NAFCON & STP).
Tickets are $15 at the door or $12 for advanced tickets
You can buy tickets at www.thenewparish.com
The event is 18 & up